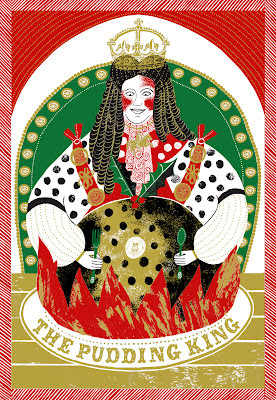 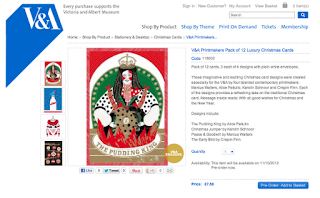 Maybe a bit premature to be buying Christmas cards but it is always good to be prepared!
I was lucky enough to design a card for the V&A this year which can be bought as part of a 'printmakers' set HERE online, or in the V and A shop, alongside designs by Karolin Schnoor, Krispin Finn and Marcus Walters. My card is about 'The Pudding King'. King George I became known as the Pudding King after he demanded a plum pudding be served with his Royal feast on his first Christmas in England, in 1714. The later inclusion of a silver sixpence to the mixture was thought to bring good luck and wealth in the following year to he who found it.