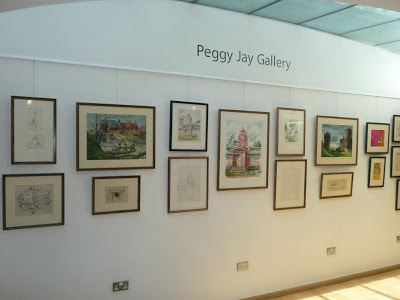 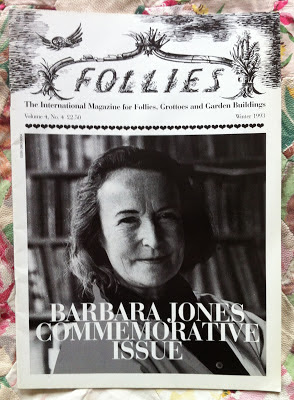 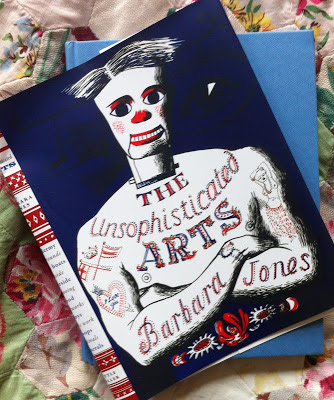 She seems to be all over the place at the moment!
I managed to make it over to the PV of 'Brighter and Lighter'; a particularly lovely exhibition of a selection of her work at Burgh House in Hampstead last week, organised by Neil Jennings of Jennings fine art. I found myself particularly fond of a watercolour painting of a coronation pin-cushion for Queen Victoria-if anyone has a spare £1200 and doesn't know what to do with it...(the exhibition is on until the end of the week so do try and go if you are in the area.)
While there I picked up a copy of the BJ commemorative issue of Follies magazine which and some very inspiring reads in...along with my new copy (as previously mentioned) of 'The Unsophisticated Arts'.
Also, in conjunction with the 'Black Eyes and Lemonade' exhibition at Whitechapel are some interesting lectures. A discussion between Simon Costin and Marina Warner last week proved to be a slightly erudite but thought- provoking evening. I was most interested in the idea of nostalgia connected to the objects she chose to exhibit in the original Festival of Britain show, and how she saw it as 'field work of the everyday'. There are still tickets left for what looks set to be an insightful day of lectures about curating popular art, at Whitechapel Gallery on Friday.
Posted by Alice Pattullo at 15:18