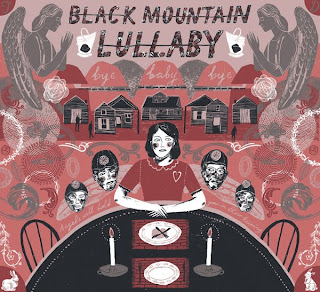 Another image produced for Caroline Herring's new album ( to be released in the Summer). This image is to go with the song 'Black Mountain Lullaby' - a tragic (and true) tale about a 3 year old who was crushed to death in his sleep by a boulder pushed off the mountain tops by mountain top removal bulldozers, into his trailer. The most horrific part of the story is that the mining company paid the family compensation under the circumstances that they never talk publicly about the death of their son again.
Posted by Alice Pattullo at 01:23