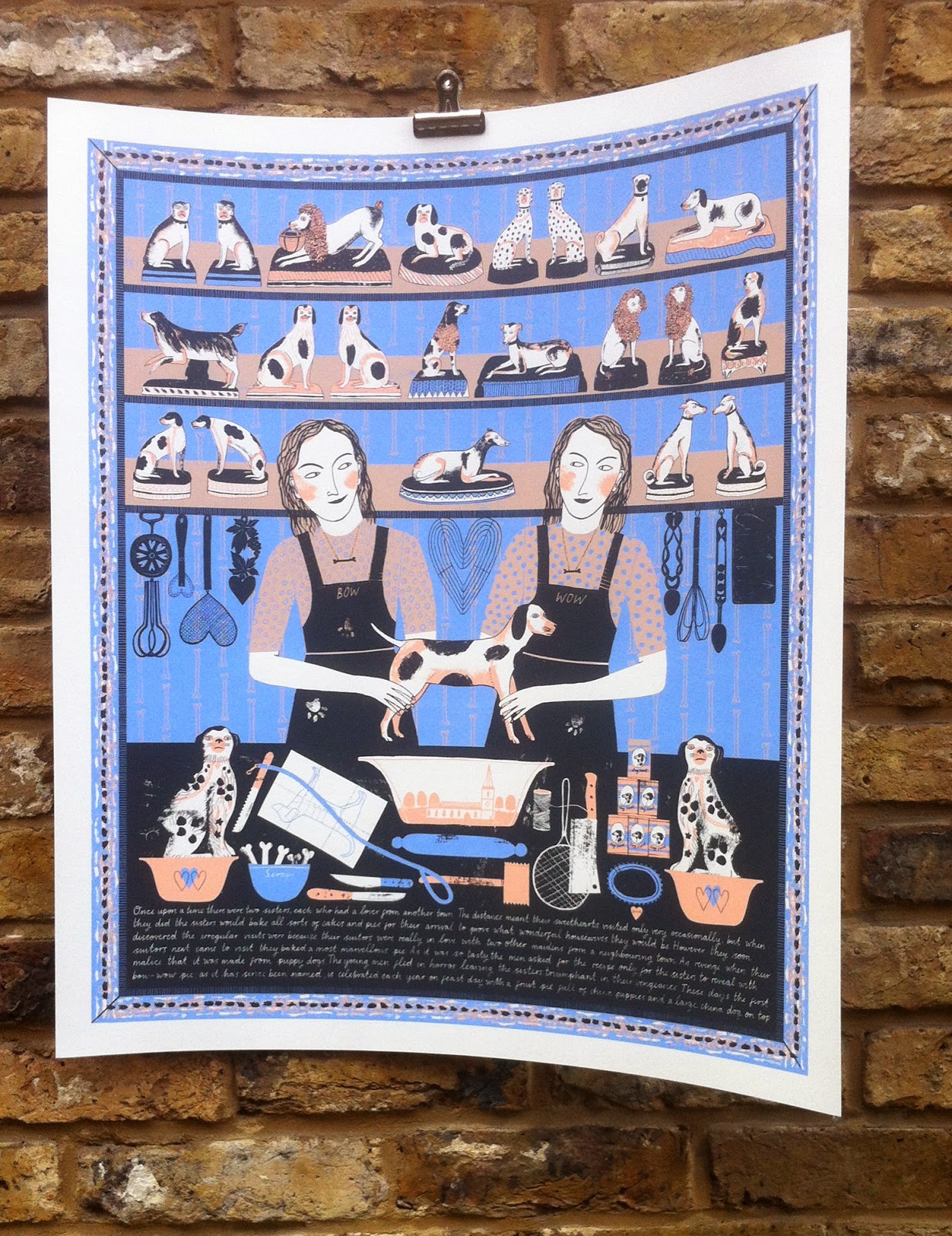 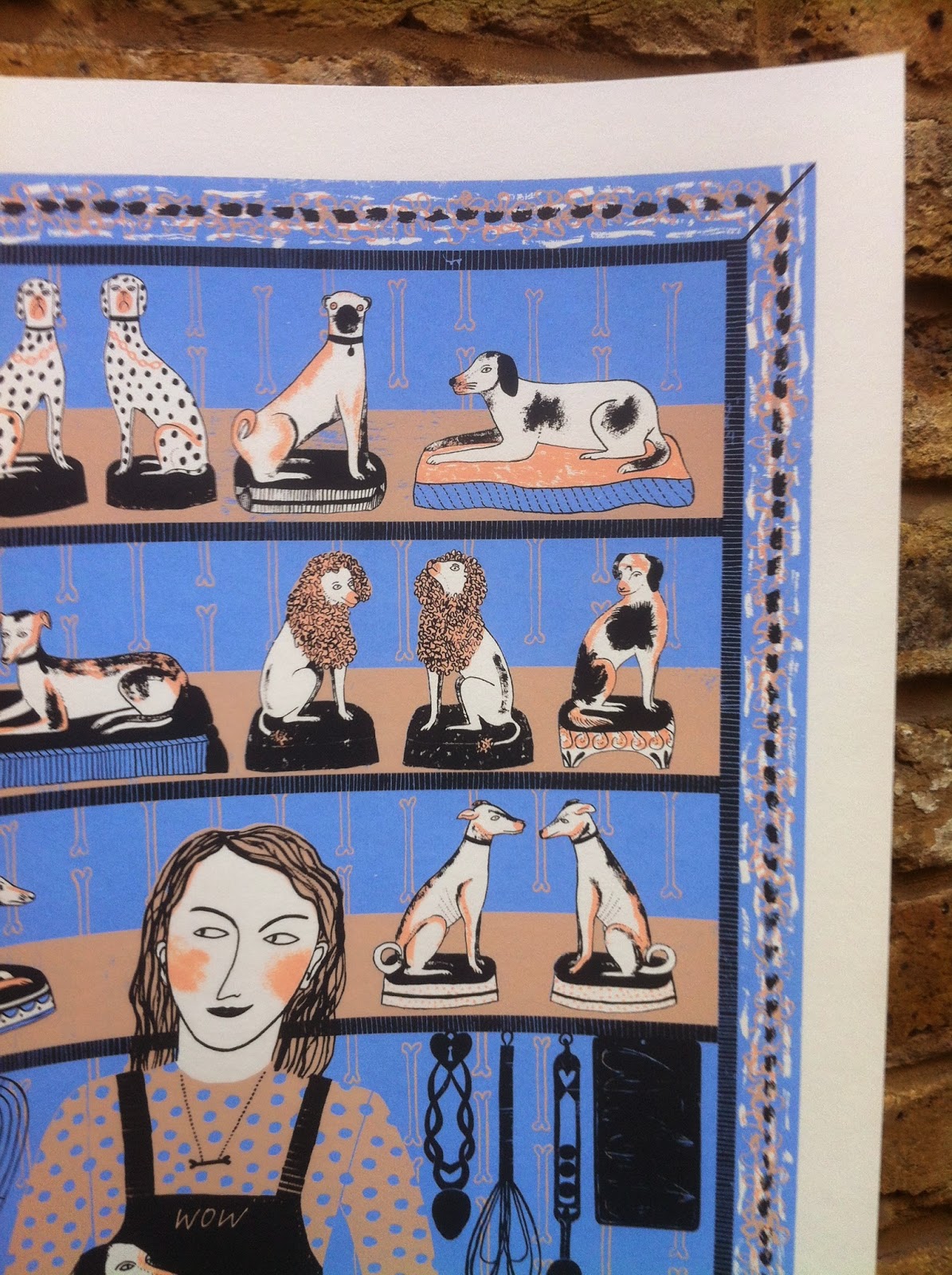 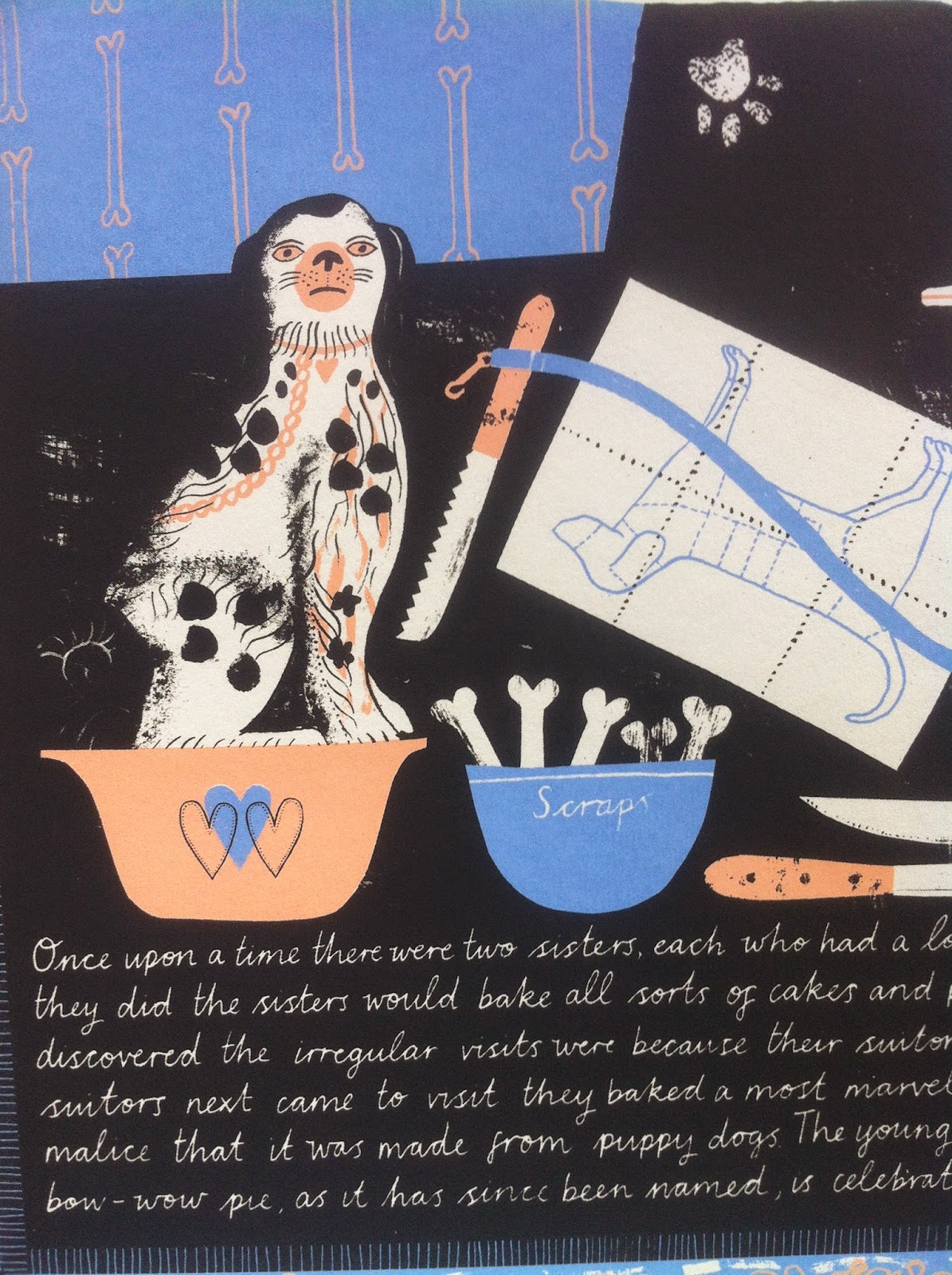 Next up is this print that explores the amusing story that supposedly defines the origins of the Bow Wow Pie of Painswick in Gloucestershire.

Once upon a time there were two sisters, each who had a lover from another town. the distance meant their sweethearts visited only very occasionally, but when they did the sisters would bake all sorts of cakes and pies for their arrival to prove what wonderful housewives they would be. However, they soon discovered the irregular visits were because their suitors were really in love with two other maidens from a neighbouring town. As revenge when their suitors came to visit they baked a most marvellous pie. As it was so tasty the men asked for the recipe, only for the sisters to reveal with malice that it was made from puppy dogs. The young men fled in horror leaving the sisters triumphant in their vengeance. These days, the first bow-wow pie, as it has since been named, is celebrated each year on feast day with a fruit pie full of china puppies and a large dog on top.

The print is superbly printed by The Print Block. (thank you my screen printing saviour!)Edition of 30, 3 colours, £100 each. 60x70cm paper, 55x65cm print. Email if you are interested in purchasing one at alice@alicepattullo.comWatch this space for another print in this series - there is one in progress as we speak!
Posted by Alice Pattullo at 03:50

Oh Alice, you are killing me… this is tooooo good!
May need!

not unknown… is me

I am so pleased with my Bow Wow Pie print…
you have such talent Alice!
enormous hugs
Deby